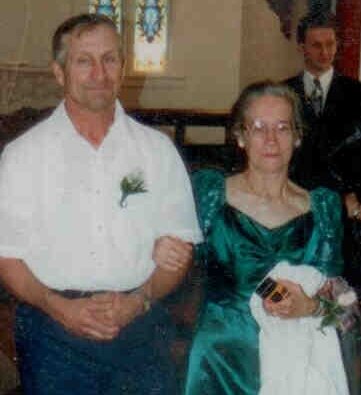 Please share a memory of Agnes to include in a keepsake book for family and friends.
View Tribute Book

Agnes C. Tennyson (Drake), 89, of Horicon, daughter of the late William and Elizabeth Drake (Cooper) passed away peacefully at her home, surrounded by loving family on September 8, 2022.

Agnes arrived into this world on December 26, 1932 at her home in Chestertown.  Once graduating from high school, Agnes served in the United States Navy. Agnes met and married Marvin Tennyson on November 2, 1962 in Hague.  This year they would have celebrated their 60th anniversary.

Throughout her life, Agnes was self-employed cleaning many homes throughout the Adirondacks. She also worked as a housekeeper at Camp Wakonda.  When not working outside of the home she was busy working inside of her home as a wonderful wife and mother. Agnes could also be found outside tending her beautiful flowers.

A funeral service will be conducted at 1pm.

Look inside to read what others have shared
Family and friends are coming together online to create a special keepsake. Every memory left on the online obituary will be automatically included in this book.
View Tribute Book
Share Your Memory of
Agnes
Upload Your Memory View All Memories
Be the first to upload a memory!
Share A Memory
Send Flowers
Plant a Tree