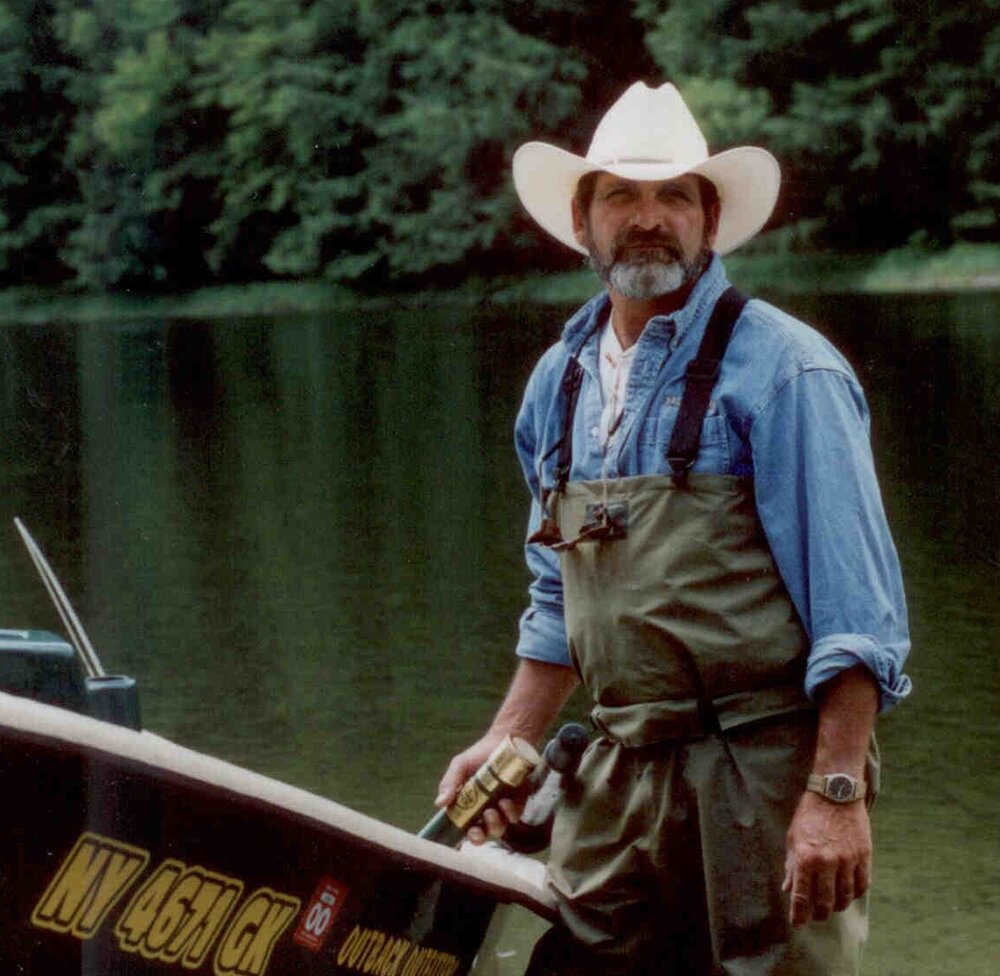 NORTH RIVER: Recently the mountains inducted one of the best outdoors men, mountain men, and guide into the wilderness hall of fame. Robert Lee Sauer-Jones, better known as Bob, passed peacefully on June 8, 2022, in the Adirondack Lodge he built.

Bob was born in Liberty, NY on April 16, 1947. Early in his life, Bob worked on a dairy farm and quickly learned and taught himself how to fish, hunt and trap the Catskill Mountains with his siblings. In 1965 Bob joined the Army serving in the 9th Infantry Division deploying to Vietnam from 1968-69 and coming home a hero. He was awarded two silver starts with valor, soldiers medal, two bronze stars with valor, two purple hearts, three army commendation medals among others.  The awards demonstrate him being “bad ass” with great compassion. Two stories of Bob’s heroism and bravery from Vietnam are: “After his platoon came under attack from a numerically superior hostile force, Sergeant Jones courageously took up an exposed position to return effective fire against the enemy and then moved through the fusillade to within a few meters of an enemy machine gun emplacement and destroyed it with a hand grenade.  As the enemy fire became sporadic, he crossed a heavily mined area to help with the evacuation of casualties”.  The other Silver Star stated, “After courageously leading his men in a battle in which a large enemy element was completely routed, Sergeant Jones was conducting a sweep of the area when his pointman was seriously wounded by an enemy explosive trap.  He immediately rushed through the extremely hazardous area to administer aid to the wounded man and then directed the evacuation.  A short time later Sergeant Jones was wounded by a mine but refused evacuation until all other casualties had been cared for”.

After the Army Bob resumed his deep passion for hunting and fishing. While enjoying the outdoors to the fullest, he found the love of his life Donna Sauer. Together they raised 2 successful boys Jacob and Lucas. Both boys learned from their father that if you put your mind to it and work hard, you can do anything. To put truth to these words, with the support of Donna, he started his dream of helping others enjoy the outdoors. Outback Outfitters Guiding Service, an all-season guide service was born.  Running 2 drift boats a day on the Delaware River, Bob touched so many lives teaching them how to fly fish for the wild river trout on the Delaware River. When not fishing he was turkey hunting on the farmlands of the Catskills.  Having always been fascinated by the Siamese Wilderness Area, Bob set up wall tents on 13 lake and guided clients to track down the infamous Adirondack Buck. In 2001, Bob moved to the Adirondacks permanently, attracted to the big woods, and surrounded by state land where he lived happily hunting, fishing, and trapping.  Bob, with his noticeable cowboy hat, is a legend in his own right as part of the many hearty mountain men who has come before him.

In lieu of flowers the family is asking that donations be made to Johnsburg’s Youth Outdoor Club, a 501(c)3 who provides outdoor experiences for kids. This also supports the Johnsburg Central School Clay Target Club. Donations can be mailed to:  Johnsburg’s Jr. Outdoor Club

Services for Bob will be private and at the convenience of the family.

A Memorial Tree was planted for Robert
We are deeply sorry for your loss ~ the staff at Alexander-Baker Funeral Home
Join in honoring their life - plant a memorial tree
Share Your Memory of
Robert
Upload Your Memory View All Memories
Be the first to upload a memory!
Share A Memory
Send Flowers
Plant a Tree