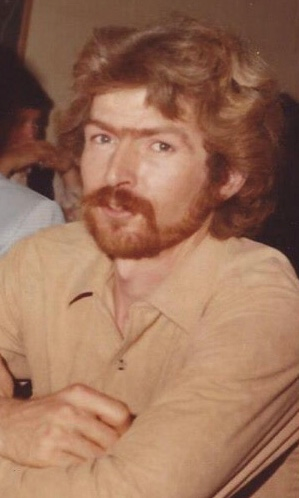 Melvin Terry Lanfair was born on October 17, 1949 and from then on, the world would never be the same.  After having made 69 years of cherished memories, he very suddenly departed us on October 4th, 2019.

In his early life, Terry (do NOT call him Melvin) chose to join the United States Coast Guard on March 2, 1969. He was stationed at Memphis Tennessee and was honorably discharged on February 2, 1973 at the rank of Seaman. He spent 2 years and 8 months at sea and was awarded both the National Defense Service Medal and the Coast Guard Good Conduct Medal.

In his mid-life, Terry was a very lucky man having fallen in love 4 times when each of his children were born; Shannon Michael Lanfair, Melissa Lynne Lanfair, Jenifer Terri (Lanfair) Quintal, and Jason Lee Lanfair, and another 8 times once for each of his grandchildren; Amanda, Maigan, Kierstan, Clint, Paige, Terry, Jennasys, and Jonah. Terry would be mad at us if we didn’t mention that he also has 4 perfect little great granddaughters; Ava, Brooklyn, Cora-May, and Dakota, and 3 loved nieces; Stephanie, Mellanie, and Joni and their families. Additionally he leaves behind his cherished sock monkey that he’s had since birth. After having turned his home upside down and even checking the actual sock drawer, we were unable to locate it’s whereabouts.

Terry was also predeceased by a few who shared a deep love for him:  father Forrest M. Lanfair, mother Virginia (Pratt) Lanfair, sister Donna Lanfair, and great nephew Jesse Ackley. Also being predeceased by his furry and obedient BFF, Travis, in 2011.

Beyond his amazing children, family, and friends; Terry’s life loves included (but were not limited to) fishing for days, crude and colorful humor, lottery and scratch off tickets, flannel shirts, vegetable gardening, George Carlin, FB, not getting haircuts, mayonnaise sandwiches, haggling at garage sales, the thrill of bidding up at auctions, people and nature watching, and Carolans Irish Cream Liqueur (not necessarily in that order). One of the most important things in Terry’s life was that he was able to spend many of his hot summer days and cool nights with his loved ones down at the family camp on the Schroon River. We are thankful that he takes memories of canoeing up and down the river and teaching his children how to swim, swinging out into the water from the tree rope, grilling up burgers and dogs, making s’mores around the fire, and using the old outhouse.

A memorial service to celebrate his life will immediately follow the visitation a 4 pm, at the funeral home.

Burial will be conducted privately in Warrensburg Cemetery.

Share Your Memory of
Melvin
Upload Your Memory View All Memories
Be the first to upload a memory!
Share A Memory
Send Flowers