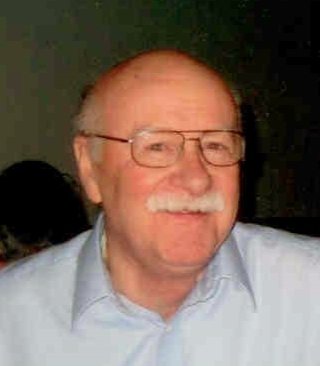 Born March 1, 1942, in Chestertown, he was the son of the late Bradley Tennyson and Lenore (Horton) Tennyson, and step-parents Cyrus and Margaret (Denton) Moffitt.  He leaves behind Violet, his devoted wife of nearly 52 years.

Charlie graduated from Warrensburg Central School in 1961.  He worked for the Grand Union grocery store and then attended Bryant & Stratton Business Institute in Buffalo.  He began his banking career in 1962 at the Emerson Bank in Warrensburg.  Over the years, the bank was sold multiple times (Norstar, Fleet, Glens Falls National), and he joked that he was sold with the bank each time.  He retired from Glens Falls National in 2007, after 45 years in the local banking industry.

Charlie answered the call to military service in March, 1964 during the draft for the Vietnam War.  He served 2 years and deployed to Vietnam with the 1st Cavalry Division (Airmobile) in the An Khe area of operations.  He returned home in 1966 having served honorably and achieved the rank of Specialist E-4.

In his later years, Charlie enjoyed visiting friends and family with his wife, going out to eat with family, holding the couch down watching westerns, and watching his adored granddaughters grow-up.

The family would like to thank the North Warren Emergency Squad and our friends who responded so quickly with compassion and emotional support at a time of great need.

A funeral service to celebrate his life will immediately follow the visitation at 4 pm, at the funeral home with Fr. Thomas Pettigrew, officiating.

In lieu of flowers, the family asks that expressions of sympathy take the form of donations to the North Warren Emergency Squad and the American Diabetes Association of Upstate New York.