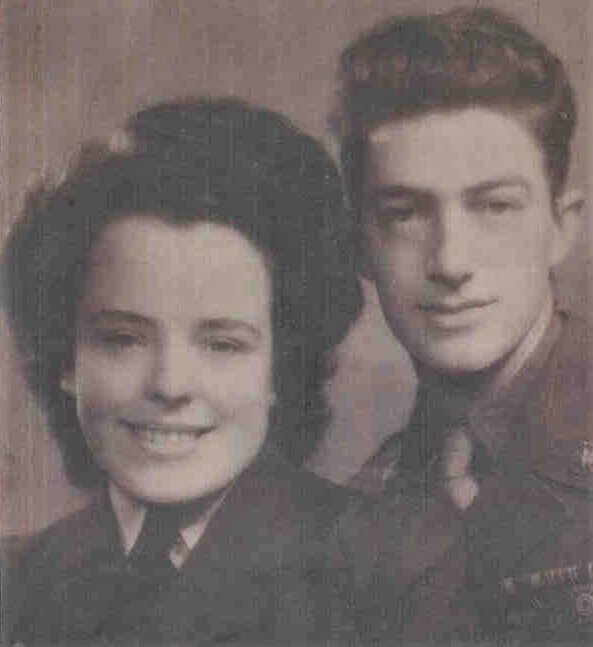 She was born September 3, 1926 in Crossmaglen, Co. Armagh, N. Ireland to the late Nelson and Florence (Lee) Allen. She enjoyed a happy and interesting childhood and was taught piano from the age of four and won numerous awards in music and art.

In January of 1944, she joined the Royal Air Force and was one of their first female radar mechanics. During D-Day, she was working in the plotting room below Bentley Priory under the watchful eyes of Churchill, Eisenhower and King George VI. She was moved to Lincolnshire where she met US Army Sergeant Homer C. Viele. They married on October 2, 1945 before he shipped home. She followed in June of 1946.

The first few years were not easy. Her new home was an old cabin without electricity or running water near Chestertown. She said she would have returned to Ireland if she could have gotten to New York! She stayed and worked hard to build a life here and raise a family of seven children. Homer died October 23, 1973, leaving her alone with the three youngest. She returned to Ireland for several years before coming back to the U.S.

Florence studied the bible and found great hope in its promises for the future of mankind. She was baptized as one of Jehovah’s Witnesses in 1975 and shared her beliefs and comfort with others, especially the hope of the resurrection.

Besides her husband, Homer, she is also predeceased by a daughter, Cheryl Hillis and son, Alan Wayne.

Survivors include two sons, Ian and Bryan Viele, and three daughters, Linda (Austin), Suzanne (Mills) and Melodie Viele, as well as many grandchildren and great grandchildren.

At her request, no funeral services will be held. A memorial talk will take place at the convenience of her family at a later date.

Services for Florence Viele
There are no events scheduled. You can still show your support by planting a tree in memory of Florence Viele.
Visit the Tribute Store
Share Your Memory of
Florence
Upload Your Memory View All Memories
Be the first to upload a memory!
Share A Memory
Plant a Tree