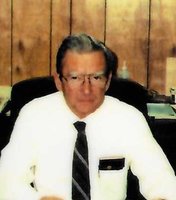 Minerva: John P. Paradis, 89, of 14th Road, passed away peacefully on Friday, October 30, 2020 at his home surrounded by his loving family following a brief illness. Born April 7, 1931 in Newcomb, he was the son of the late Joseph and Maria (Perrault) Paradis. He was raised in a French-Canadian home, first learning to speak English at the age of 6 when he entered first grade. He was a lifelong resident of the area and graduated from Johnsburg Central School, Class of ’49 and New York State Ranger School in Wanakena in ‘51. He married Frances Davison on September 7, 1953 at St. James RC Church in North Creek. John was employed with Dead Wood River Company, working at Gaspé Bay Peninsula in Québec in ‘51 before starting his 38 year career with Finch Pruyn, where he began as a Forester and retired as Woodlands Manager in 1991. John was community-minded and was involved in many organizations that benefitted local children as well as the community, such as the Minerva Ski Program from its inception, serving on the Minerva Town Board for 20 years, a longtime member of the Minerva Volunteer Fire and Rescue Squad- serving as Chief for a year, as well as a member of the Adirondack Park Agency Review Board. All of John and Fran’s hard work and dedication earned them Minerva’s Citizen of the Year title in 2000. Between all of his hobbies, he was a frequent visitor at Sarah’s Café in North Creek and Lil’ Nony’s in Olmstedville for his daily fix of Jan’s home cooking and orange cake. Above all, John loved spending time with his family, teaching his children and grandchildren to ski, fish, hike in the High Peaks, camp, and snowmobile. It was safe to say that John was an avid outdoorsman. He enjoyed many adventurous vacations with his wife, and visited every state in the US except for Hawaii. John rarely sat idle, and in his free time managed to build four homes for himself and his family. Besides his parents, he is predeceased by son, John J. Paradis; siblings, Harvey and Roger Paradis; and brother-in-law, Joseph Muzikar. He is survived by his wife of 67 years, Fran “The Captain” Paradis of Minerva; his children, Chris Paradis and his wife, Denise of Schroon Lake, Patricia Paradis of Altamont, and Andrew Paradis of Conway, SC; daughter-in-law, Cyndi Paradis of SC; grandchildren, Adriane Gonzalez and her husband, Benny, of GA, Samantha Paradis of MA, Andi Paradis of South Glens Falls, Lance Paradis and his wife, Shayna of Queensbury, Christopher Paradis of Galway, Ireland, and Eric Paradis of Lake Clear; great-grandchildren, Madeline Gonzalez and Marshall Paradis; siblings, Cecile Demers and her husband, Marcel of FL, Denise Muzikar of South Glens Falls, Jeannette Zollinger and her husband, Gary of ID; as well as several nieces, nephews, and cousins. At John’s request, there are no calling hours or funeral services scheduled. His family would like to express a heartfelt thank you to Dr. Jennifer Stratton for the many years of world-class care, Carol Frazier for her continuous care and support, and a special thanks to Tim and Doug, as well as High Peaks Hospice. Expressions of sympathy in lieu of flowers may take the form of donations to the T/O Minerva, Youth Commission, ATTN: Minerva Ski Program, 5 Morse Memorial Highway, Minerva, NY 12851 or to High Peaks Hospice, 33 Tom Phelps Lane, Mineville, NY 12956. “You raise me up, so I can stand on mountains; You raise me up, to walk on stormy seas; I am strong, when I am on your shoulders; You raise me up: To more than I can be.” –Celtic Women. Love, “The Captain” Please visit www.alexanderfh.net for online guest book and condolences.