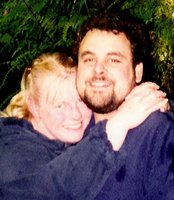 Diamond Point: Charles E. "Chip" Webster, 48, of East Schroon River Road, passed away unexpectedly, Saturday, October 17, 2020, following a tragic hunting accident at his camp in Edinburg. Born December 7, 1971 in Heidelberg, Germany, he was the son Janine (Imbro) Webster-Baird (Paul) of Warrensburg and the late Charles Webster. He was a lifelong resident of the area and attended Warrensburg Central School. Chip was an avid outdoorsman and enjoyed hunting, fishing, camping, and boating. He would be the first to make you laugh with one of his many jokes or stories. Above all, he put others first and was always willing to help a friend in need. He truly enjoyed spending time with his late father. They were father, son, and buddies, all at the same time. He also enjoyed his many radio-controlled cars, airplanes, and drones. His greatest joy was teaching his daughters and grandchildren “life lessons.” Chip was a self-proclaimed introvert but could carry on a conversation with anybody about virtually any subject, especially hunting, fishing, and his hobbies. He worked at several local businesses since he was 14 years old, and finally found his niche with the Town of Warrensburg, managing the Wastewater Department for the last ten years where he was able to utilize his vast knowledge of mechanics and well as chemicals. Besides his father, he is predeceased by his son, Charles E. Webster; grandparents, Marcus and Pearl (Denton) Webster, and Eugene Imbro and Jacqueline (Short) Starowicz and Joseph Starowicz. Besides his mother, he is survived by his beloved wife of 20 years, Stacey Webster of Diamond Point; his daughters, Samantha Rathbun (David) of Hudson Falls; Moriah Frasier (Andrew) of Glens Falls; his ten grandchildren and one on the way; his stepmother, Cathy Webster of SC; his sister, Renee Coon (Daniel) of Stillwater; step-sister, Missy Vernum and step-brother, Ethan Vernum; his aunts and uncles, Christine, Linda, Nancy, Martha, Debbie, Delbert, Paul, Stan, and Dot; niece, Katelyn and cousin Tyanne; as well as many close friends. He will truly be missed by his outdoor buddies, Wayne, Chuck, Jimmy, Glen, Paulie, and Cousin Mike. Friends may call on Chip's family from 12 to 2 pm, Friday, October 23, 2020 at the Alexander Funeral Home, 3809 Main St., Warrensburg. A funeral service to celebrate his life will immediately follow the visitation at 2 pm, at the funeral home with Rev. Stephen Andrews, Pastor of the Warrensburg First United Methodist Church, officiating. In lieu of flowers, expressions of sympathy may take the form on donations to St. Jude’s Children’s Research Hospital at www.stjude.org/donate. Please visit www.alexanderfh.net for online guest book, condolences, and directions.