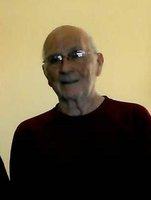 Minerva: John B. Sheehan, 90, of State Route 28N, passed away peacefully, Wednesday, October 14, 2020 at Elderwood at North Creek following a brief illness. Born December 5, 1929 in Seacliff, Long Island, he was the son of the late Leo and Christina (Hanniffy) Sheehan. He proudly served his country in the United States Army until his honorable discharge in 1955. He married Frances Freebern on June 8, 1957 in St. Joseph’s RC Church in Olmstedville and raised their family of two sons, Tim and Danny. John worked for National Lead Corporation in Tahawus as a lab tech until his retirement in 1985, after 37 years of employment. He later began working with the Town of Minerva Parks and Rec Department, retiring in 2001. John continued to volunteer with the local food pantry until just last year. John loved to travel and especially enjoyed vacations in Myrtle Beach. Time spent in Branson, MO and Nashville, TN were close seconds. Besides his parents and his beloved wife of 55 years, Frances Sheehan, he is predeceased by his siblings, Mike Sheehan, Teresa Beattie, Patty Ross, and Leona Forester. He is survived by his two sons, Tim and his companion, Lisa of Olmstedville, Danny and his childhood best friend and housemate, David of Lewiston, ME; sister, Rose Marie Morse and her husband, Frederick from Minerva; in-law’s, Richard Forester of Farmington, ME, Judy McConnell of Chestertown, Reggie Freebern and his wife, Roxy of North River, Mike Freebern and his wife Charlene of North River, Mary Jane Freebern of North River, and Sharon Wells of North River; as well as several nieces, nephews and cousins. At John’s request, there are no calling hours or funeral services scheduled. Please visit www.alexanderfh.net for online guest book and condolences.