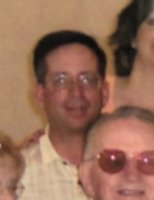 January 30, 1956 - April 9, 2020 It's with great sadness that we announce the sudden passing of John J. Kennedy Jr. John was predeceased by his parents John J. Kennedy, Sr. and Margaret Arra Kennedy of Monroe, NY John was a free spirit who loved the game of golf. John was a PGA Golf Professional. He enjoyed traveling back and forth from Florida and New York, which allowed him to continue the game of golf during the winter months. John had the opportunity to play at several golf events and courses throughout his career. He even made time to give his nieces and nephew golf lessons. John made many friends and touched the lives of those who knew him. He was thought of as a gentlemen and an all around nice guy. He will missed by those that knew him. John is survived by his brothers, Kevin, Steven and his children Paige and Patrick, and Sean, and his wife Susie and their children Kaylin and Sarah.. John is also survived by his sister Kathleen and his brother-in-law Scott Imhof and their children Jaclyn, Kelly, and Kyle. May John rest in peace. A memorial celebration will be held at a later date. Memorial contributions may be made in John's name to the American Heart Association. Please visit www.alexanderfh.net for online guest book and condolences.